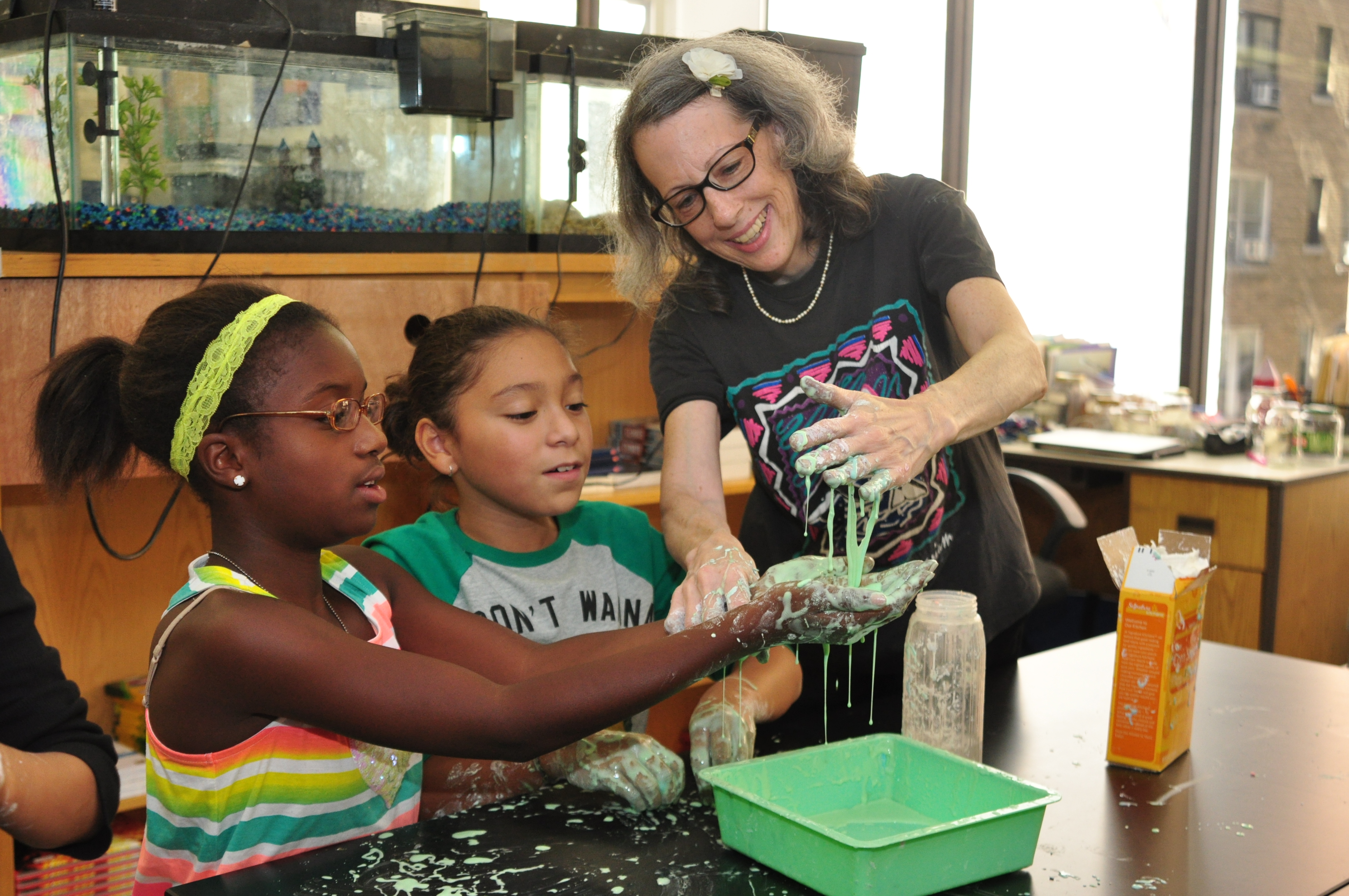 Joan Gillman, Calhoun’s 5th and 6th grade science teacher, was named this year’s recipient of the Uhry/Thompson Award at the Annual Faculty Tea on April 19.

The award, presented by Head of School Steve Nelson, recognizes a faculty member who demonstrates excellence in the classroom and a commitment to progressive education.  Steve noted that Joan’s dedication and creativity in the classroom, and involvement in the life of the school, are the very model of that kind of excellence.

Since coming to Calhoun in 2008, Joan has not only brought joy to her science classes, but she has also been a tireless ambassador for Calhoun, teaching workshops around the country that showcase her project-based curriculum. Earlier this month she repeated her popular Straw Rocket workshop at the esteemed National Science Teachers Association's conference on science education. “It felt wonderful to be able to inspire my fellow teachers and get them excited about astronomy,” says Joan.

Also this year, Joan was selected as a Subject Area Representative (SAR) for the Elementary Section on the Science Teachers Association for New York State (STANYS).  As a representative, she is responsible for teaching workshops at the various science conferences throughout the year.

In addition to teaching science, Joan participates in the Calhoun Community Orchestra and the Calhoun Council for faculty, as well as numerous student-centered activities.

The Annual Tea is hosted each year by the Parents Association to celebrate and thank Calhoun’s teachers, administrators and staff. In addition to the school’s Uhry/Thompson presentation, the PA awards tribute gifts to employees marking their anniversaries. This year, eighteen employees marked their fifth year at Calhoun, seven celebrated their tenth year, six hit fifteen years, and three Lower School teachers were honored for twenty-five years.

See photos from the Annual Tea.