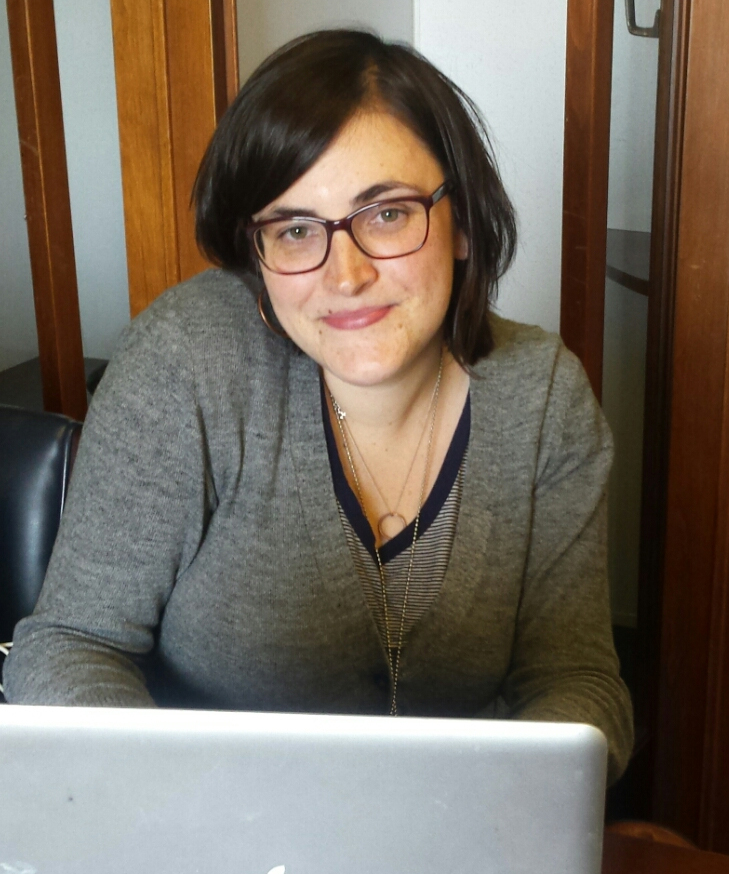 In January 2016, Emma was named DC Coorespondent for The Post and Courier, covering the South Carolina  Congressional delegation and news relating to the state coming out of Washington, D.C. Before that, she was a reporter at Roll Call for four years, covering the House of Representatives. But we're proud to say, this Calhoun lifer got her start as a reporter and newspaper editor during her Upper School years, and continued to develop her passion and skills at Oberlin College, where she was named Editor-in-Chief of the Oberlin Review in her junior year.

What do you love most about your work?

Every day is different; at Roll Call, one day I was writing about which Democrats wanted to succeed Minority Leader Nancy Pelosi, another I was following up on how Republicans were going to get the votes to pass a bill that would avoid a government shutdown. Now I've just switched to an exciting new beat with The Post and Courier.

How did you get to work on the Hill?

In 2008, I started as an editorial assistant at Congressional Quarterly, which covers the nitty-gritties of policy and the legislative process, and was promoted to a reporter covering legislation in 2010. Then in 2011, I moved to Roll Call so I could write bigger-picture stories and focus more on the people who inhabit Capitol Hill, what they’re doing and why they matter.

What made you go to Washington in the first place?

My first love was journalism—I wanted to be a hard-news reporter covering serious and important issues. I knew the place to do that was in D.C., and the summer before my senior year of college I was lucky enough to have an internship at Roll Call; that got me excited about covering Congress, which is a source of so many great stories. I took only one political science class in college. I could never work in politics, but I always want to write about it!

"My Middle School English teacher taught me how to write and structure an argument. My US English teachers gave me so much confidence in myself as a writer and a person that I wouldn’t have gotten through high school without them. And I loved working on The Issue [the Upper School student newspaper]; the enthusiasm of the faculty supervisor was so meaningful to me."
- Emma Dumain '04

How has your job changed since you first embarked on your career? What are the most challenging aspects?

Twitter has been the most jarring change I’ve experienced since becoming a reporter. It can be a great tool for sharing information very quickly but the extent to which reporters are encouraged to tweet as part of their jobs is frustrating to me. There’s this idea of becoming a “brand” or a “personality” as a journalist, at least in Washington; tweeting snarky things and having thousands of followers is considered one barometer for how good a reporter you are and how influential you are in the D.C. journalism community. It’s almost become part of the job description. It’s a tough balancing act for a person on a deadline.

You started showing an interest in and talent for journalism at Calhoun as editor of The Issue, the Upper School newspaper. But when did you decide to make it a career?

My freshman year of college I was a news editor at the paper, which also meant I was one of the senior news reporters on the team. I was sent to cover a big vote by the whole college faculty on a new “strategic plan” for Oberlin, which was very controversial because some feared it would take the college in an unwise direction. The tension in the room was palpable and the final vote was so suspenseful. Being a part of that, however small it might seem now, was an incredible experience I knew I wanted to replicate again and again. Also: I realized being a reporter is a great way to satisfy my nosy nature, and the collaborative and social aspect of journalism was more appealing to me than being a creative writer—something I considered, but it was too solitary a lifestyle for me. My favorite part of being a reporter is the reporting, interviewing different people and hearing their stories.
Joining the college newspaper was the best thing I did at Oberlin. I made my closest friends and found a career I love. Being editor was great because I got to help shape the vision of the newspaper each week. It gave me an early sense of how a newsroom is a very special place.